My first impression of Berlin was the May Day weekend. At the time I was 22, living in London, and travelling as much as I could while working full time as a copywriter at MADE. London is the perfect place to base yourself while travelling, because of the sheer quantity of cheap flights to Europe from any of its five airports. And while London is an amazing city itself, Berlin is a whole different beast.

The weekend I spent in Berlin was mild and sunny. I’d just survived my first London winter, and Berlin’s spring instantly felt warm and inviting to me. The streets in Berlin are wide, the buildings multi-coloured, with flowers spilling from balconies, and cherry blossoms lining the streets. Compared to London, here was a place where everyone rode bikes, the streets were lively but not crowded, and the transport was efficient without being densely packed like the London Underground.

The history in Berlin is possibly unparalleled to anywhere in the world. So much of Berlin is rebuilt, and there’s a juxtaposition of Plattenbauten (hastily-constructed concrete apartment blocks) beside faithfully restored altbau. And in some parts of East Berlin you could hardly imagine you’re in a thriving capital city – it gives the impression of neglect and decay, with abandoned buildings and construction sites.

Berlin isn’t beautiful the way London, Amsterdam and Paris are, but it truly is a city that appreciates the value of individuality and the beauty of imperfection. In fact, a lot of Berlin is deliberately imperfect. The bars and clubs are purposely made to look derelict, with mismatched design and furniture salvaged from across eras. There’s a charm in its deliberate unsightliness.

I explored Berlin in three days, with the distinct impression that here – more than anywhere in the world I’d been – anyone was welcome. Any expression of self was valid and valued here. Berlin was for the art lovers, the creatives, the dreamers, the experimenters, the crazy ones. And while I don’t consider myself particularly outlandish or extreme in any sense – I have been known to refer to myself good-naturedly as a basic bitch – I was still drawn to this Berlin ideology.

I was enamoured by the casual but passionate way that Berliners enjoyed life. Everywhere I went, people of all ages were out, enjoying the sunshine, drinking beer, playing music, dancing and socialising. There was a crazy energy to everyone, and the nightlife was unique in its creativity. Compared to London – which values neat clothing, expensive cocktails, getting wasted and then going home by midnight – here was a place where nights out felt more like an adventure than the same shit every Friday. Partying in Berlin is different.

In short, I fell in love with Berlin. But I returned to London (my original love), and continued to push through its insular rat race. But I was in London on a two year visa, and although my boss and colleagues at MADE didn’t want me to leave, the management weren’t able to offer me a sponsorship so I could continue working in London. I was so in love with London that I couldn’t stand the thought of leaving, and didn’t want to think of my next steps. All I knew was that I wasn’t ready to go home to Australia. In the back of my mind I think going home to Australia feels like settling. Almost like giving up.

Somewhere along the way, a tiny thought in the back of my mind turned into reality. I’ll just move to Berlin, I told myself. There wasn’t really one big, defining moment. I took small steps, inching closer to the end of my UK visa, until suddenly it was real and I was stepping off the plane at Schoenefeld, again, and this time, calling it my new home. 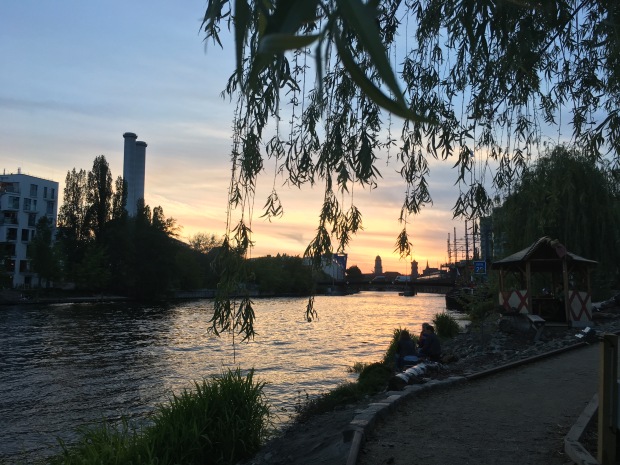