Oktoberfest is one of the most fun things I’ve done in Europe. You dress up, drink loads of beer, stand on your seats and arm-in-arm to sing cheesy tunes like Teenage Dirtbag, Mr Brightside, Country Road, meet people from all over the world, chant and cheers and Prost! Oktoberfest manages to be both wholesome and messy, combining a family-friendly festival with thousands of drunks, and it’s an entirely happy, hilarious experience. 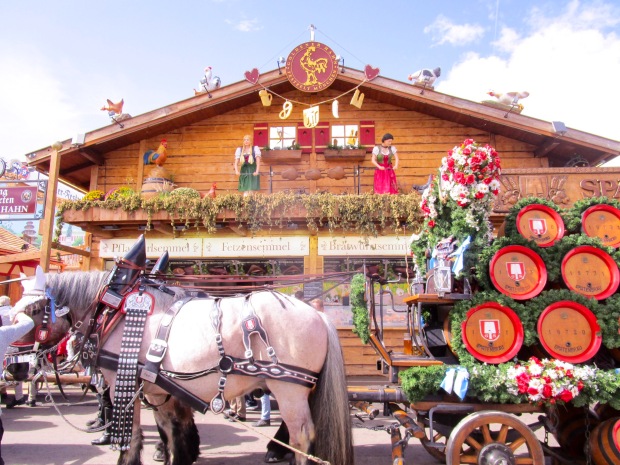 How early do you have to get into the festival on opening weekend of Oktoberfest? The first beer is tapped at midday on the first Saturday of Oktoberfest at the Schottenhammel tent. If you want to be there in that tent to witness it, I’ve heard you need to be queueing up outside the gates by 5am, to be one of the first people into the festival, so you can run for the Schottenhammel tent. Eek! 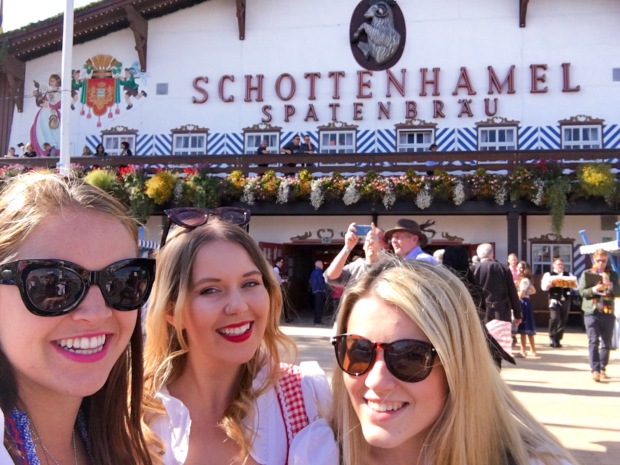 If you don’t want to line up that early, you still need to get to the festival bright and early. We aimed for the Hofbrau tent, which is the biggest but the busiest. We were in line outside the gates to the festival at 8am. We waited, dripping in the rain, for the gates to open at 9am, and as soon as we got in we ran into Hofbrau, where we got a table for our group. The tent was pretty packed and the tables were gone very quickly. 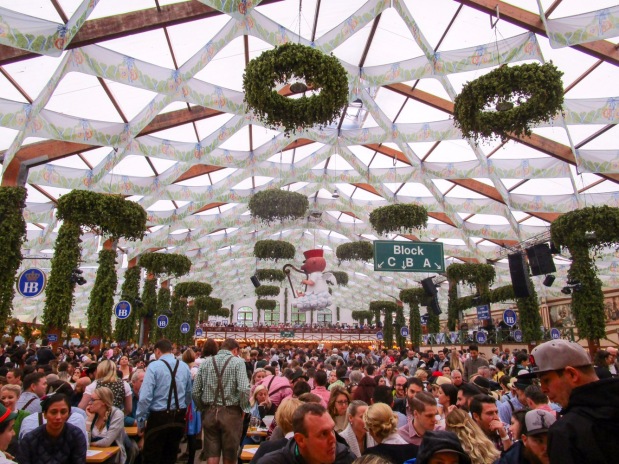 Then you have to wait from 9am until 12pm when the first beer is tapped. Your Kellnerin (waitress) will come around to your table and take your order for the first beer. My advice is to order some food early, too, so that you get it before the first beer. Especially where we were in the Hofbrau, once the keg was tapped the tent went crazy, we were so focused on drinking and we forgot to eat – resulting in a few very drunk Aussies and Kiwis! 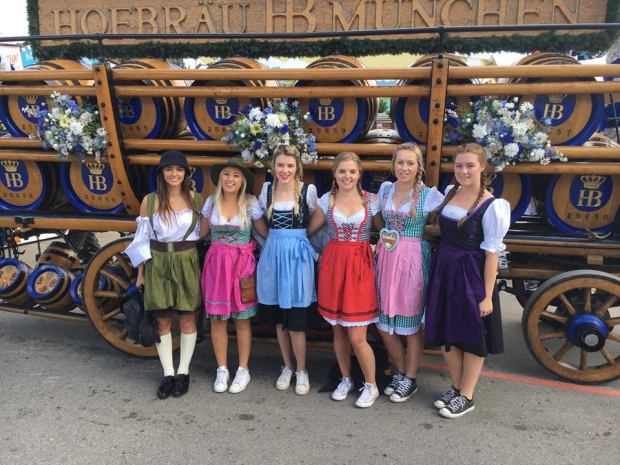 For every other Saturday and Sunday of the festival, you still want to get in very early, say about 10 or 11am, to get a table in one of the beer tents. A lot of people come for lunch, so if you get a table before lunch you’re sweet. Then, after about 3pm you’ll have the opportunity to switch tents (although if you’ve got a large group, I’d recommend holding onto a table all day once you’ve got it). 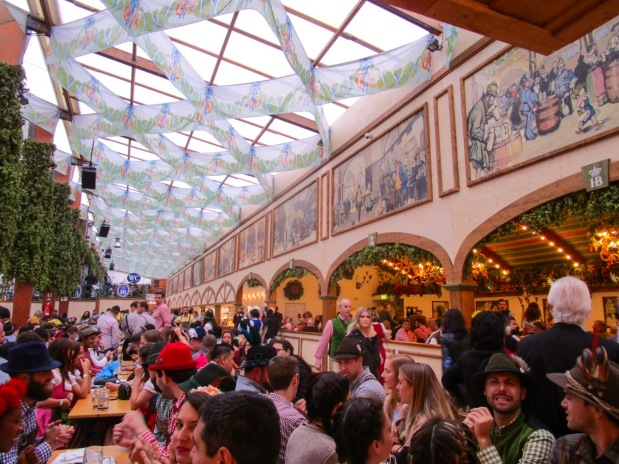 Ah, the weekdays. It’s much more relaxed, and you can really roll into the festival whenever you feel like it and most definitely get a table before 5pm. Take your time exploring the festival, popping your head into a few different tents before taking your pick on the best one to spend your evening. 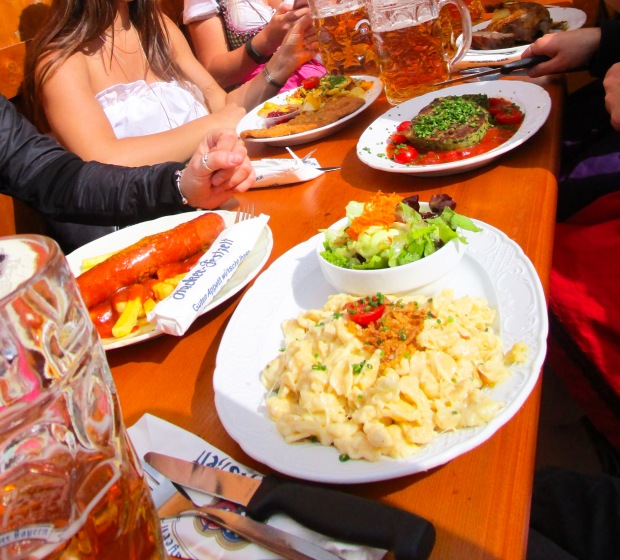 Planning your trip to Oktoberfest? Check out my top 5 beer tents at Oktoberfest.